Qualcomm® Thinkabit Lab™ is creating the next generation of inventors

Inspiring the next generation of thinkers and makers is the mission of the Qualcomm® Thinkabit Lab™. By empowering young people with the fundamental technologies which will shape the future workforce, Qualcomm is delivering STEM skills in an environment that has no boundaries.

The ideas which shape our future technology can come from anywhere.

One idea which could help farmers tend their livestock came from the mind of Luis Gomez, with a little help from the Future Ready Lab Inspired by Qualcomm® Thinkabit Lab™ in Porterville, California.

Gomez, 12, is a member of the 4-H Club and he’s got a problem he thinks he can solve. What kind of invention would help him keep his sheep, Lamar, on a regular feeding schedule?

He’s a busy seventh-grader at St. Anne’s School and must dedicate a portion of his day to preparing Lamar for the year-end show and sale. Between school, 4-H and participating on St. Anne’s Academic Decathlon team, it’s a wonder that he has the time for his other hobbies. He’s also a tinkerer who take things apart and rebuilds them and dabbles in video editing too. 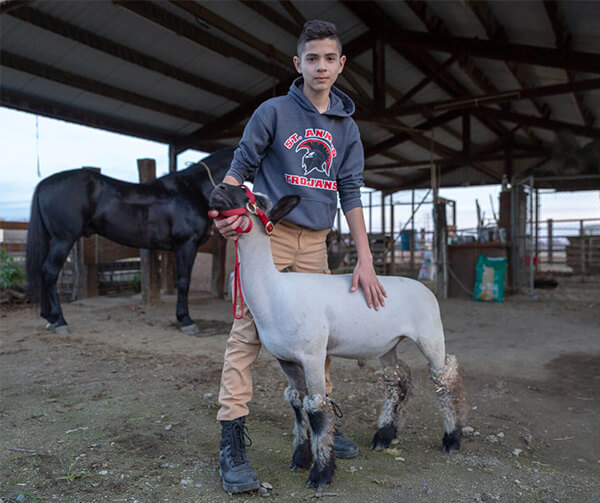 Gomez got the spark for his invention after he visited the Porterville Unified School District’s (PUSD) Future Ready Lab, a classroom, makerspace, and engineering lab rolled into one. One day, he may create that invention and change farming forever.

“I know there’s automatic water feeders, but I haven’t seen any automatic feeders. Just regular feeders that can feed your animal when you need it to and take away food when it’s past the time for them to eat so that they learn to eat when they have their food,” Gomez told WorkingNation.

Qualcomm is not only developing the world’s wireless infrastructure and the upcoming 5G network; it’s cultivating the next generation of inventors who will use that technology. The Thinkabit Lab shows them a future where they can play a vital role in building the tools which will connect everything.

Gomez was one of the more than 1,000 seventh-graders who visited the Future Ready Lab since it opened its doors in September 2017. Beyond being a field trip, the experience is meant to get seventh-grade students thinking about their future and the careers that await them.

In a few years, they’ll have the opportunity to enter the Pathways program, which blends college prep and career and technical education. High schoolers can choose from a host of career pathways and enter a pipeline that feeds into the regional workforce. 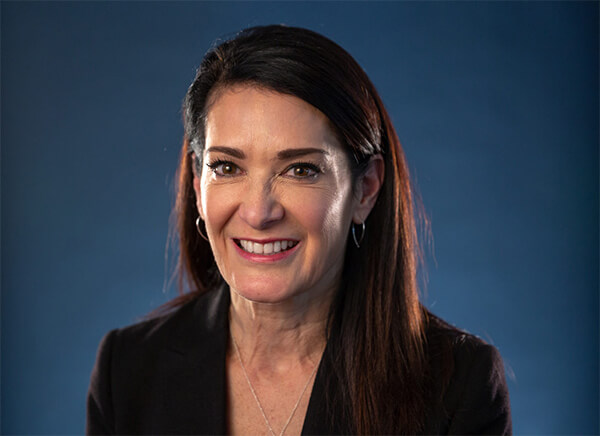 “It opens their eyes, builds their knowledge base when it comes time for them to choose which pathway that they would like to enroll in full time,” the Director of Student Pathways for PUSD Cindy Brown said.

But the Future Ready Lab is not some staid introduction to the workforce. It is an environment where color and creativity accompany the ones and zeroes of technology. It is also part of a living museum where Porterville’s first schoolhouse is preserved. It is a reminder of how much technology has changed this agricultural community’s education system.

“When the students get off the bus, they are given information about the historical landmark where the Future Ready Lab resides. After they hear about that history, then they walk through the doors and see the magic happen in our Future Ready Lab,” Brown said.

The Future Ready Lab has more in common with the original Thinkabit Lab at Qualcomm’s headquarters in San Diego than an orderly row of desks facing a chalkboard. There are vibrant colors everywhere, beanbag chairs and QWOW career cards hang on the wall. There are ample crafting supplies to kickstart creativity and add the A for Arts to the STEM acronym.

“When we talk about our Thinkabit Lab program, we refer to it as a STEM program. It’s really a STEAM program. If you look at one of the things that engage these students, it’s the creativity in creating their own invention. It’s the creativity in going up and getting feathers and tongue depressors from the craft wall,” Armstrong said.

It’s a 21st-century learning environment where students can get their first experience with robotics technology. They will design, create and collaborate on “Robo Craft” projects and build robots just like engineers in the real world do. 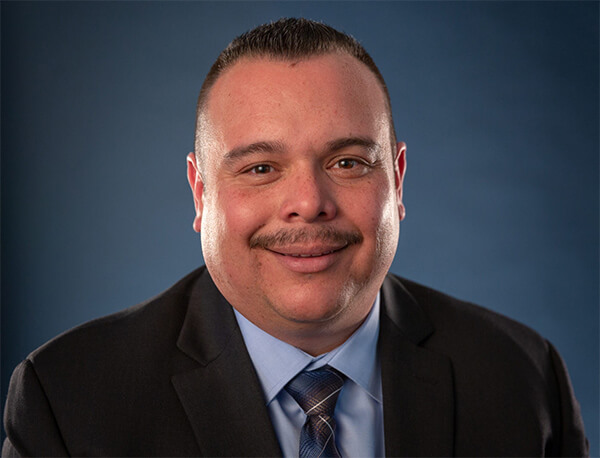 This exuberance in experimentation is all part of the Thinkabit Lab experience, which is making science and technology-based careers cool again. Handing students like Gomez a computer to code their robot is how Qualcomm is using its learning approach to close the STEM employability gap.

A Matter of Awareness

The nationwide shortage of skilled workers is why Qualcomm has dedicated an entire floor to its Thinkabit Lab, which debuted in 2014. Since that time, other Thinkabit Labs have been opened by Virginia Tech and the University of Michigan while Porterville and other school districts have implemented their unique versions of the curriculum.

It’s a significant response to a national problem. A 2016 analysis of STEM job postings from New American Economy Research Fund and Burning Glass Technologies shows that there were around 3 million more jobs in STEM fields than available skilled workers. With science and engineering jobs projected by the Bureau of Labor Statistics to grow by 853,600 jobs by 2026, bringing new workers into these careers will be essential for the country to maintain its role as a technology leader.

Qualcomm has brought its solution to the STEM skills gap to scale by introducing more than 14,000 students, teachers and parents to the Thinkabit Lab experience. It reaches out to underserved communities and individuals which may not see themselves as part of the invention revolution.

It’s what the San Diego Workforce Partnership CEO Peter Callstrom calls an “awareness gap.” He said that people grow up without the technologies that we take for granted are at risk of being left behind without the skills to take on STEM careers such as those offered at Qualcomm. 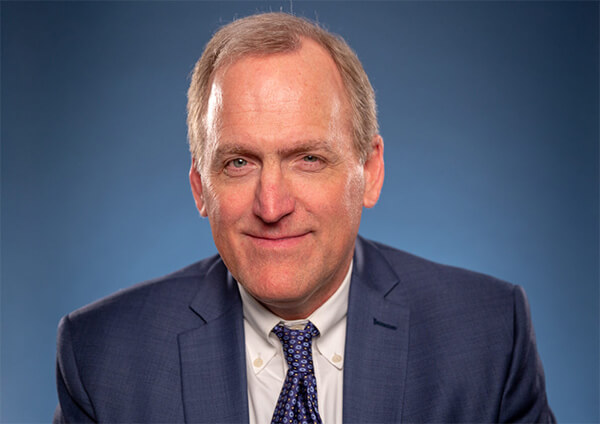 They don’t have an opportunity to avail themselves of these careers because there’s a digital divide. There’s a geographic divide that leads to the skills gap and the lack of opportunity for many people throughout our region,” Callstrom said.

By placing the technology directly in the hands of middle school students, Qualcomm is making the connection between these in-demand skills and great careers. It is also helping the company achieve its mission of creating a more inclusive and diverse workforce.

“It’s getting to the core issue of being able to provide the early inspiration for young adults to realize that they have capabilities and strengths that they never really realized, and the experience of going to Thinkabit for one day can change their life, and it will,” Callstrom said.

For Armstrong, the Qualcomm Thinkabit Labs is the company’s long-term strategy to develop a skilled workforce. Even if students decide not to pursue a job with Qualcomm, Armstrong believes that her company still benefits by increasing their awareness of the technology coming out of San Diego.

More importantly, the Thinkabit Lab and the Future Ready Lab in Porterville are instilling the skills that go beyond technology. Teamwork, problem-solving and creativity will come to define the future of work as much as coding and robotics skills.

The Future Ready Lab Manager, Vasquez, said that the experience is beneficial even for students who don’t want to program drones or create a robot that helps people get dressed.

“To some students, this is the first time they’re presenting in front of a crowd, and that’s, I think, awesome to see the students go up there even if they’re shy, even though they say one or two sentences. I think that’s a good push for them to start communicating,” Vasquez said.

We may not see the fruits of the Thinkabit Lab and Future Ready Lab for a few years, but it won’t be a surprise that the next big revolution in agricultural technology comes from a place like Porterville.

Luis Gomez’s idea an automatic livestock feeder joins other ideas which were unthinkable just a decade ago like drone farming and robotic harvesting. All this technology relies on the work done by Qualcomm engineers past and present. Without new thinkers, creators and makers joining the STEM workforce, our technology cannot progress.

Inspiring this new generation of inventors means unlocking their creative potential. Thinkabit Lab instructor Jennifer Manfredi sums it up best when she describes the freedom students get when they become Qualcomm inventors for a day. 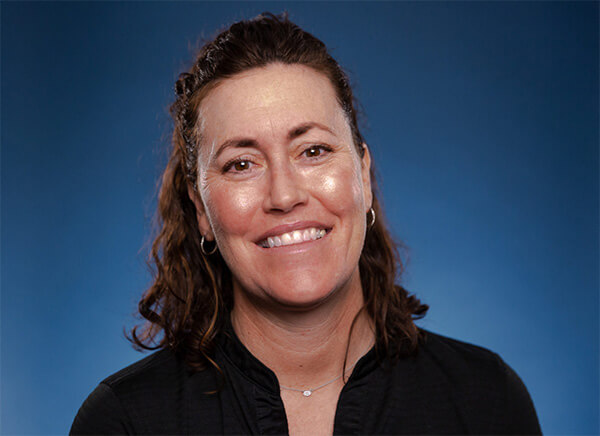 “I’m saying go build whatever, go design whatever with whomever you’re working with and collaborate and share. The product from each group is totally unique and different. What that tells me is we shouldn’t be limiting our students on what their imagination should be,” said Manfredi, “We should allow that creativity to say, ‘Go Invent.’”

Head to Qualcomm’s YouTube page for more great videos about the Thinkabit Lab and QWOW.